Could Corona Virus lead to a never before crash?

Late last month, AstraZeneca began recruiting 30,000 people in the US for its largest study of the vaccine. It also is testing the vaccine, developed by Oxford University, in thousands of people in Britain, and in smaller studies in Brazil and South Africa.

New York: Late-stage studies of AstraZeneca's COVID-19 vaccine candidate are on temporary hold while the company investigates whether a recipient's "potentially unexplained" illness is a side effect of the shot. In a statement issued on Tuesday evening, the company said its "standard review process triggered a pause to vaccination to allow review of safety data".

AstraZeneca didn't reveal any information about the possible side effect except to call it "a potentially unexplained illness".

The health news site STAT first reported the pause in testing, saying the possible side effect occurred in the United Kingdom. An AstraZeneca spokesperson confirmed the pause in vaccinations covers studies in the US and other countries.

#422
Thus goes the business of healthcare

Chinese-made vaccine able to fight all mutations: developer
https://www.globaltimes.cn/content/1200192.shtml
.
A fool and his money are soon parted..

#423
I think many are already expecting positive results and news.

No carelessness till medicine is developed: PM on Covid-19

#425
Covid-19: With Voluntary Attendance and Consent Slips, Schools in These States Will Reopen Tomorrow

Green shoots..
.
A fool and his money are soon parted..

#426
‘A vaccine with 50 per cent effectiveness’: Astrazeneca releases 111-page Covid-19 vaccine trial blueprint | All you need to know
https://www.hindustantimes.com/worl...eed-to-know/story-cF3IU1I3wHnMyZKNeIokkN.html
.
A fool and his money are soon parted..

Mudi Govt. failed miserably for containing Corona spread
Mudi should rejin.
Click to expand...
This is not a govt isue. Basically the citizens were unable to follow the instructions properly. People didnt have food for more than a couple of days in their house. Lockdowns were rendered useless ,in some areas. The spread continued.
Its almost likely that the pandemic is over in Indian cities, maybe towns and villages are dealing with it. But that would be over soon.
Literally, there is no need of a vaccine for the general public, only the elderly / low-immune persons might require the vaccine.

The current strain seems to be just like a 1- 2 day fever and a cough for half a day. Some dont get those symptoms, either. 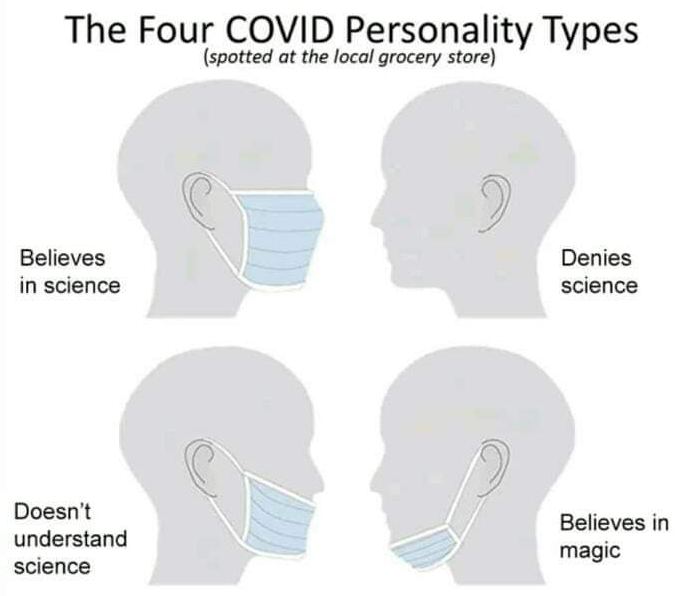 #429
Along with global stock markets, global COVID-19 cases have come down together, in the past 3 days: 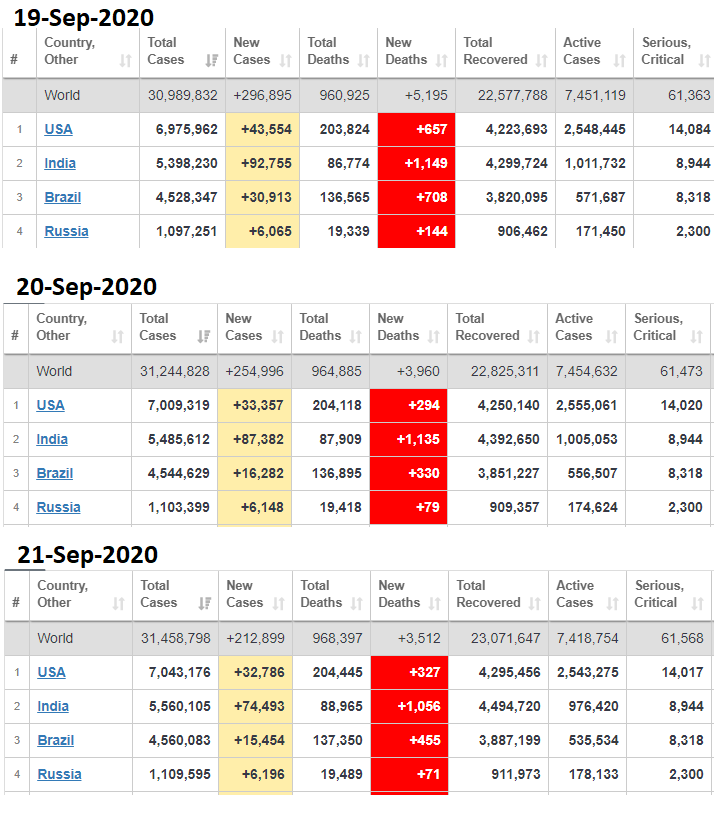 Global trends not only in stock market but also in corona market .. lol