RELIGARE-Cool Off before big Bang

#1
RELIGARE: Stock breached its long term resistance line on 23rd april. The declining trendline which started in Jan 2008, continued as a big resistance till it broke out . breakout was confirmed with high volume.

As of Now stock will come to test the earlier resistance line which is now a support for the same,before the real rally starts. as this is possible due to oscillators in overbought territory. 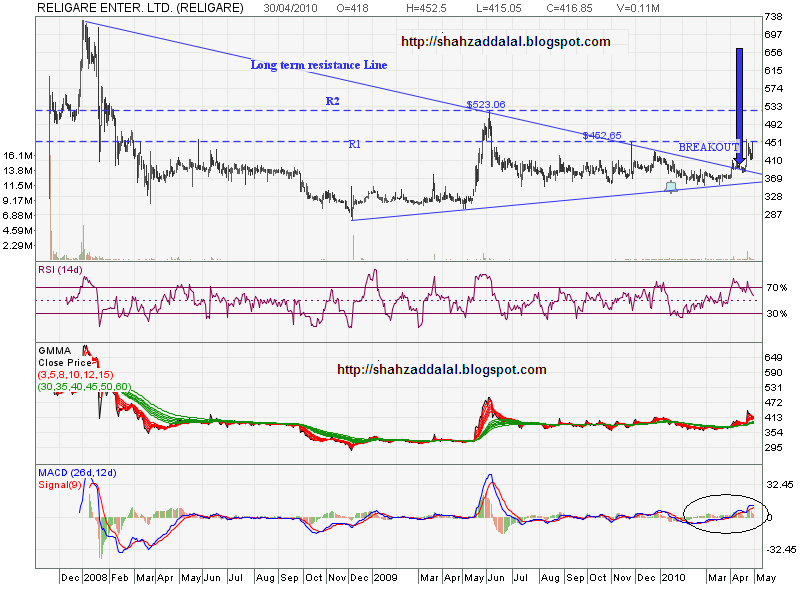