#1
Hey Forum,
An aspiring trader here. I started day trading a few months back. I trade in equities, risk 1% of my capital on each trade, and try to take positions either in the morning or in the afternoon sessions. I keep the 1:2 Risk/Reward ratio.
I have been actively reading about successful traders and found one thing in common: all successful traders are highly disciplined. I am trying to be 100% disciplined as well and hence the thread. It’ll keep me motivated.
Thanks
S 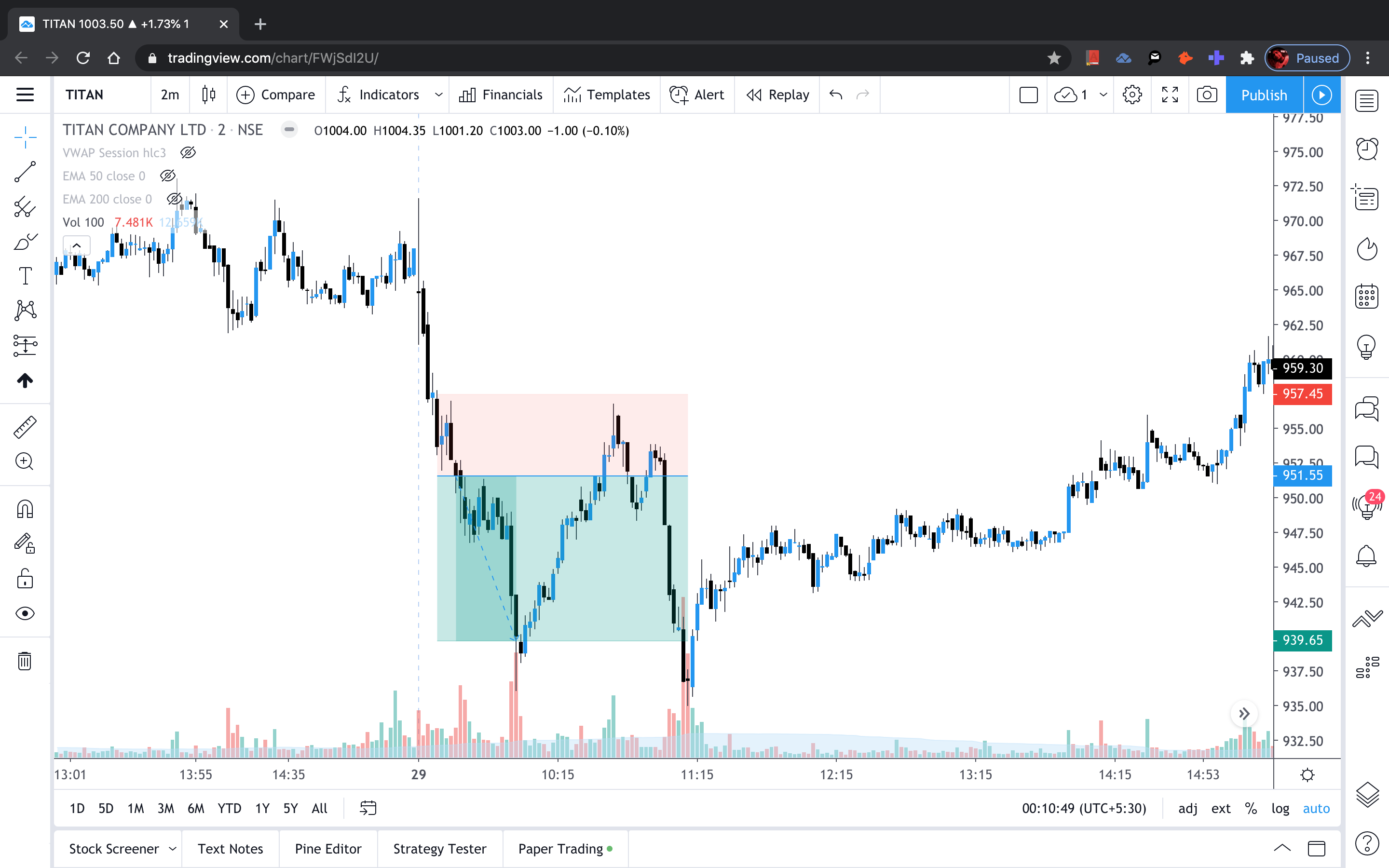 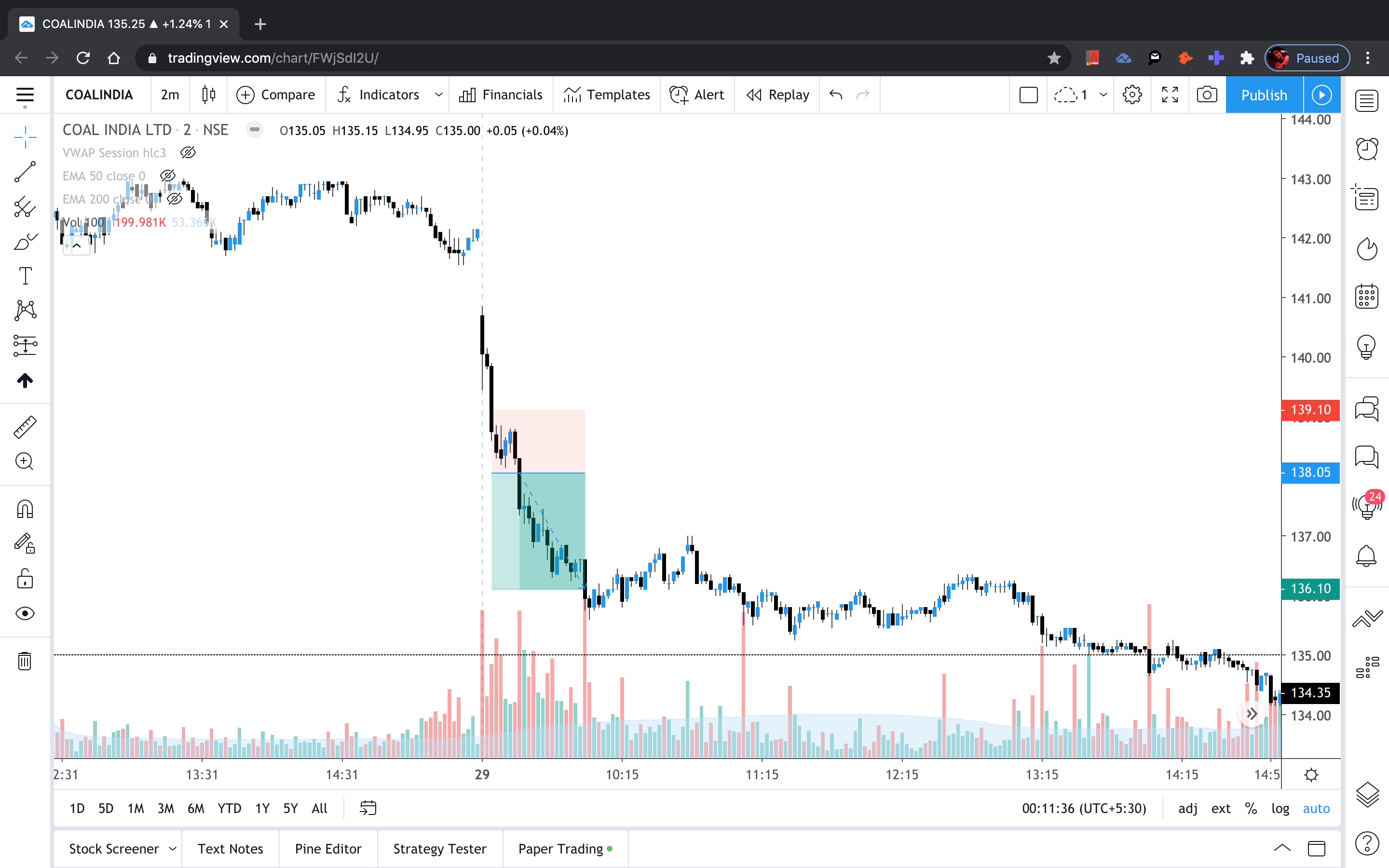 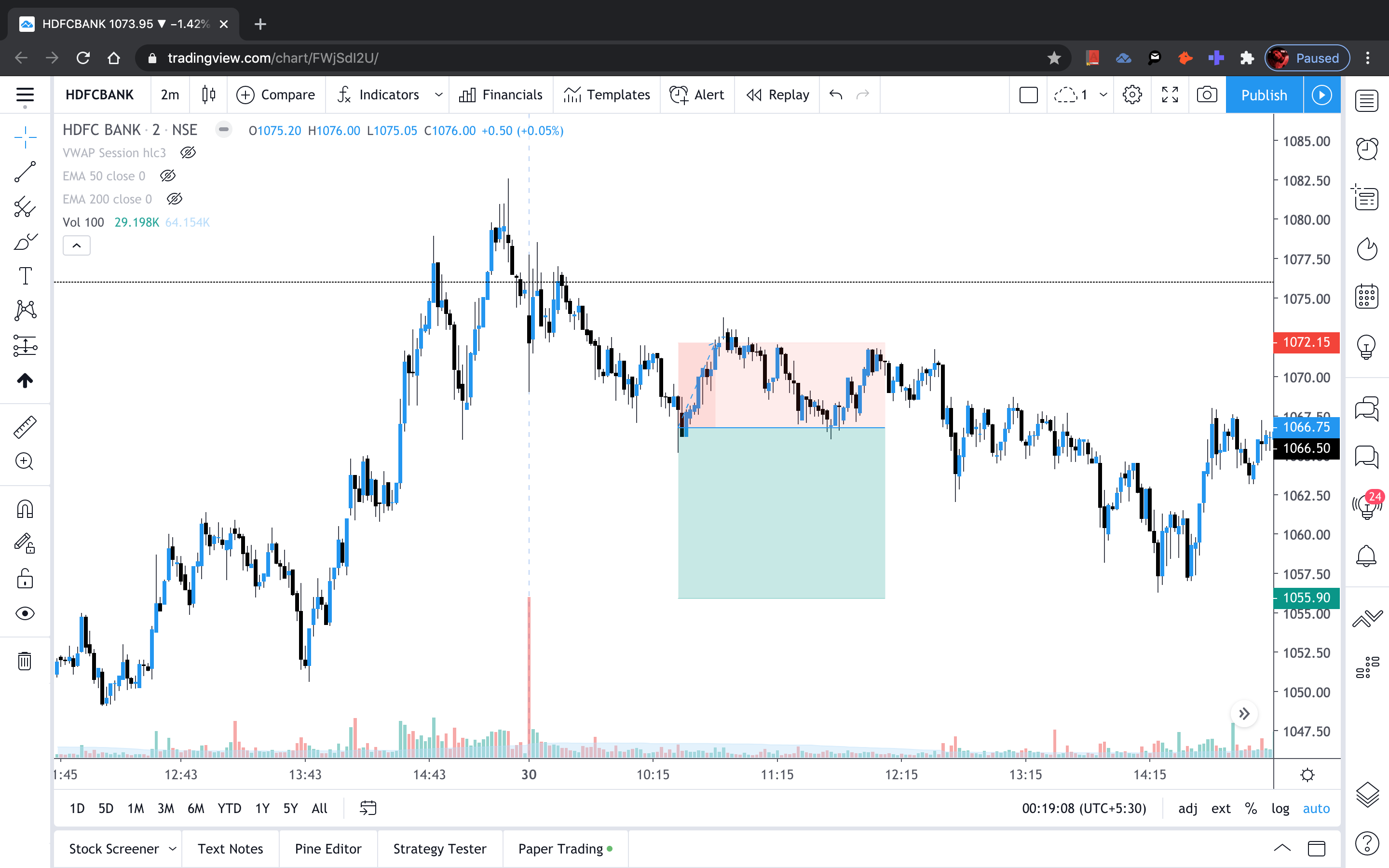 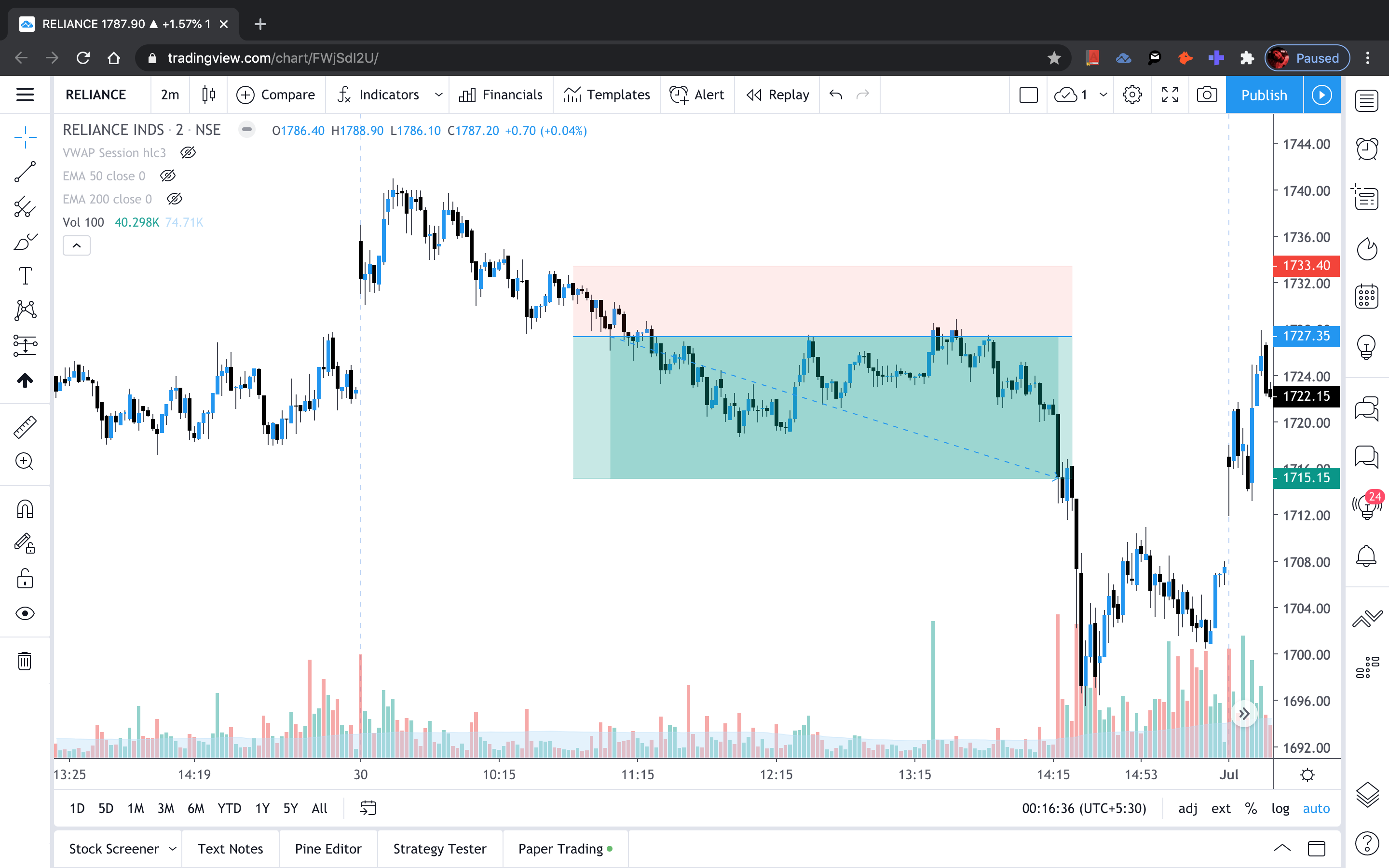 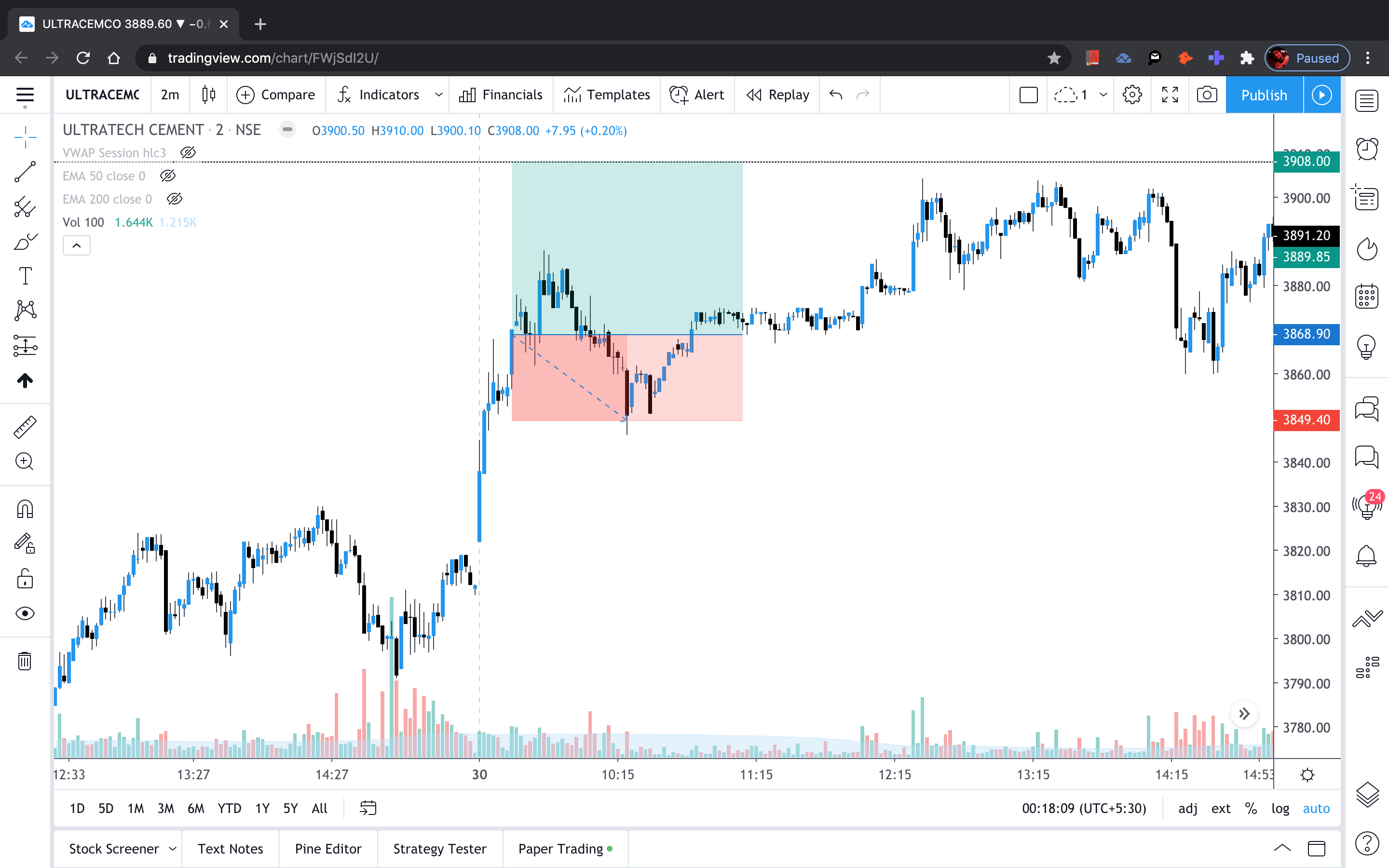 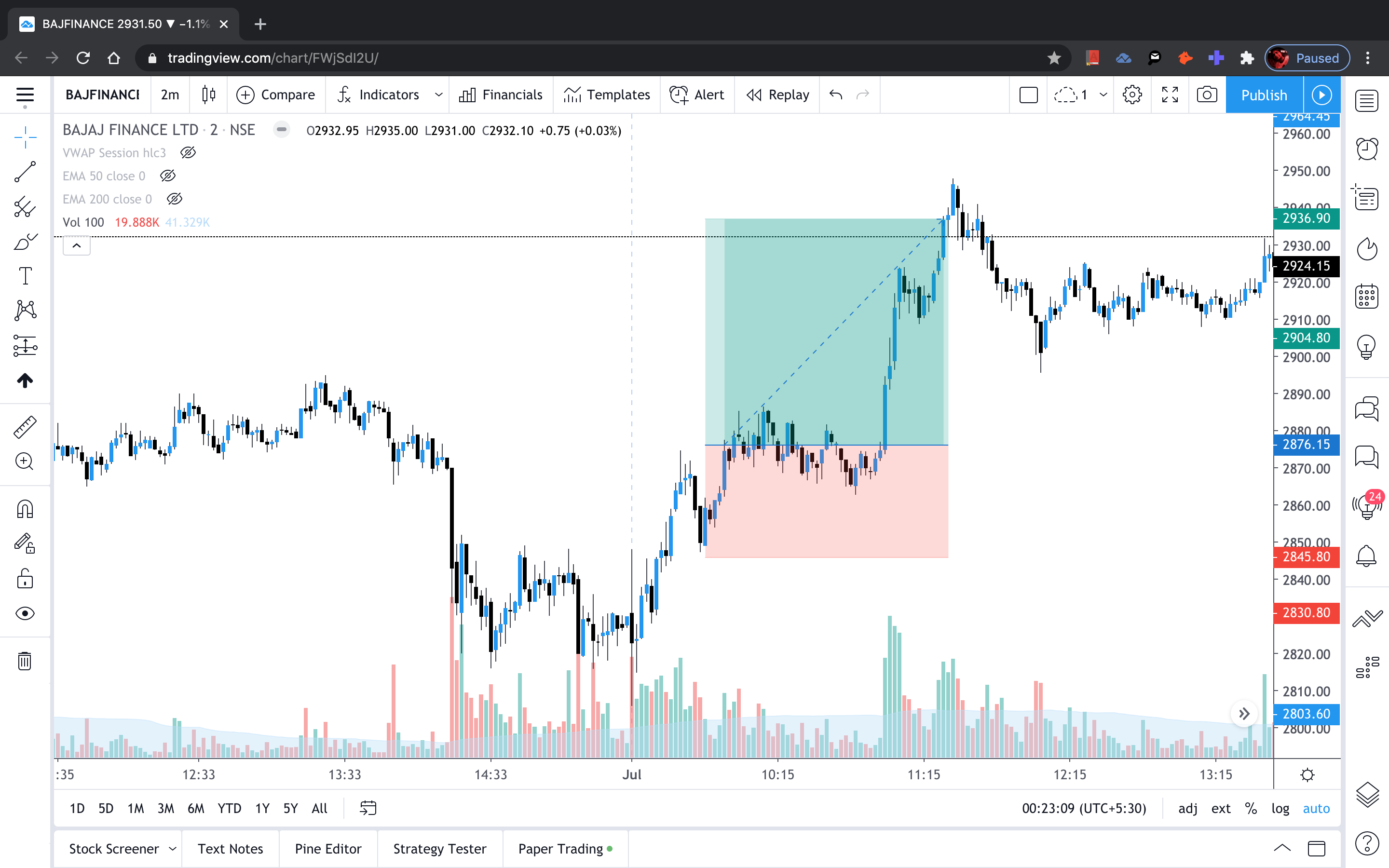 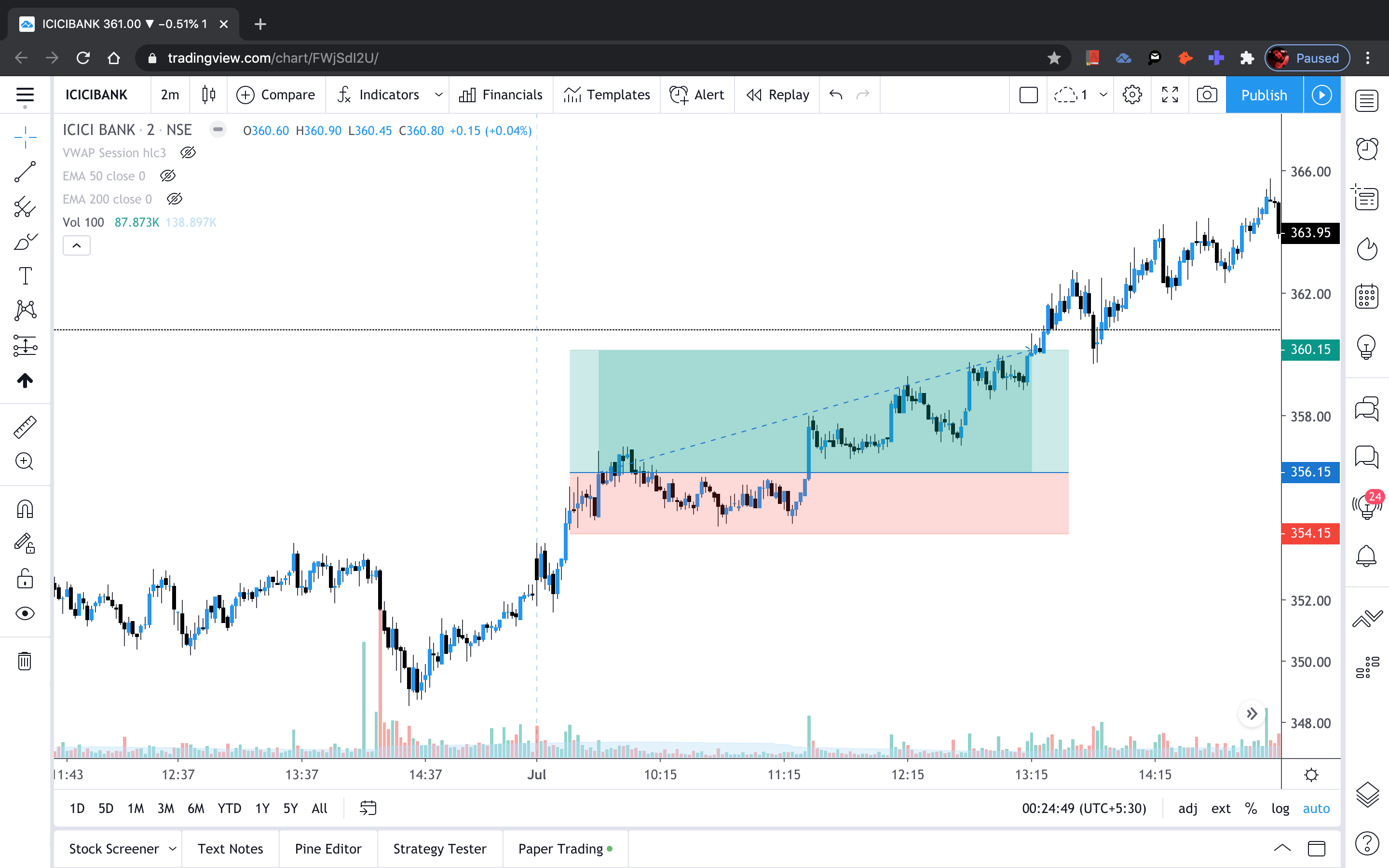 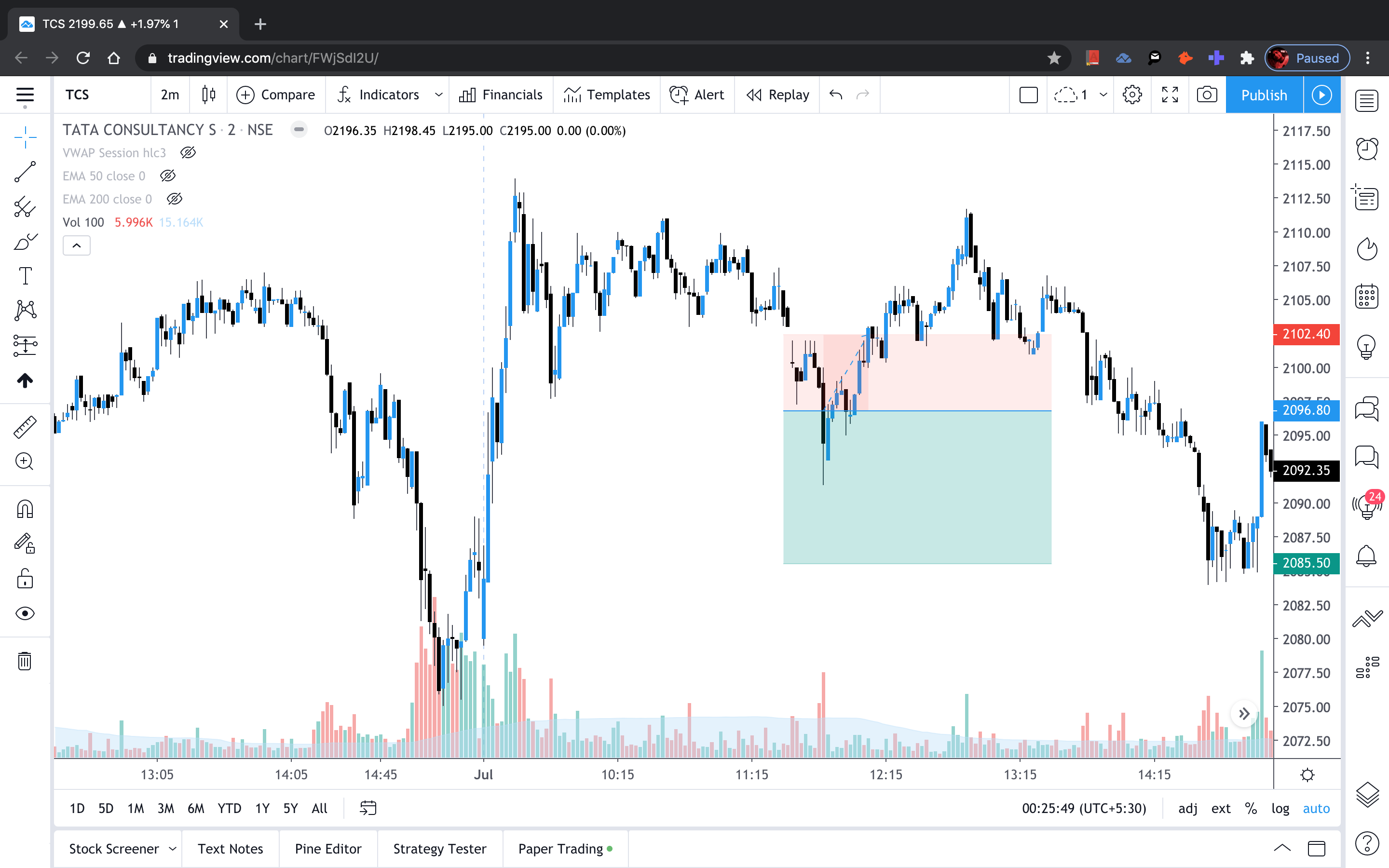 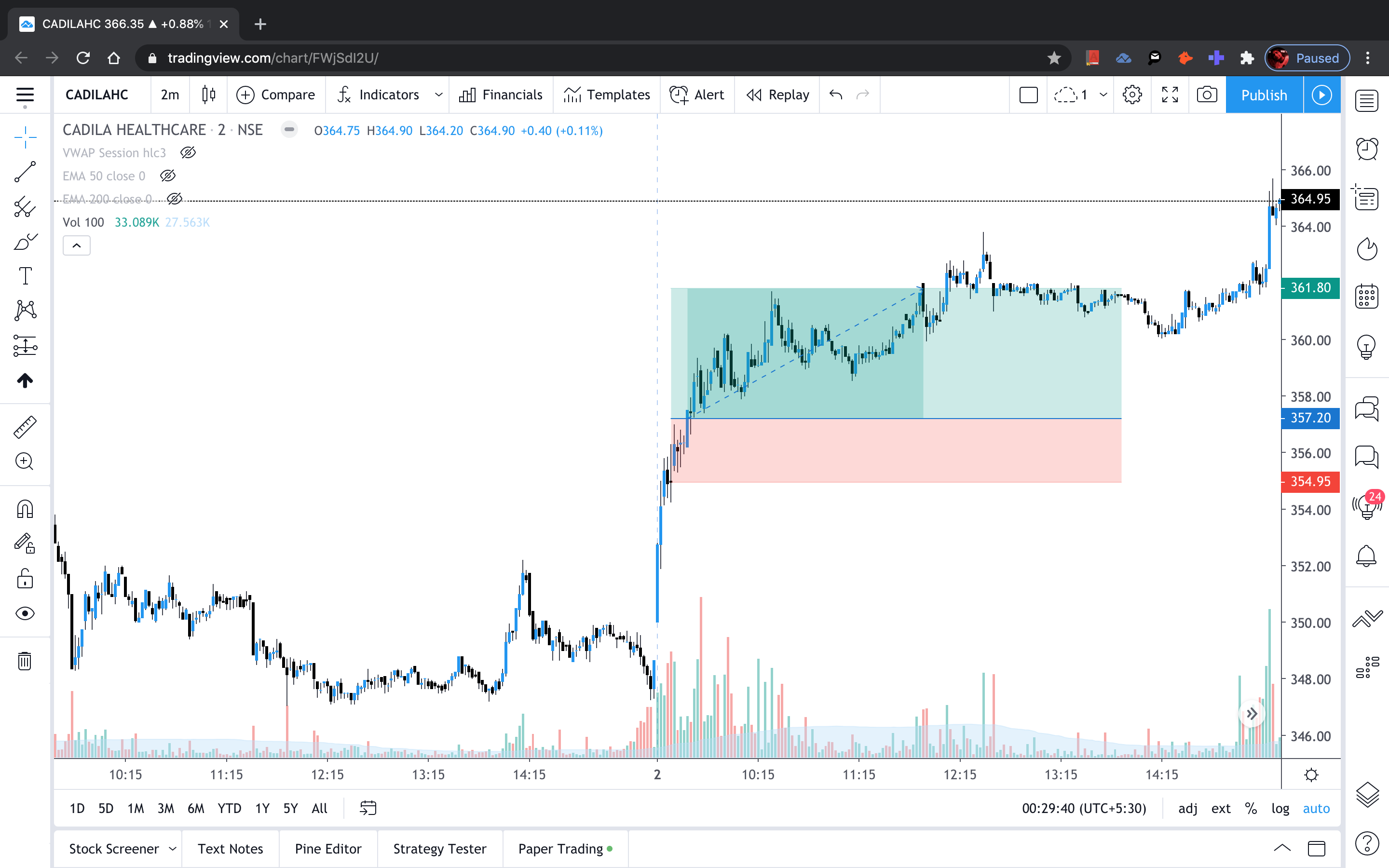 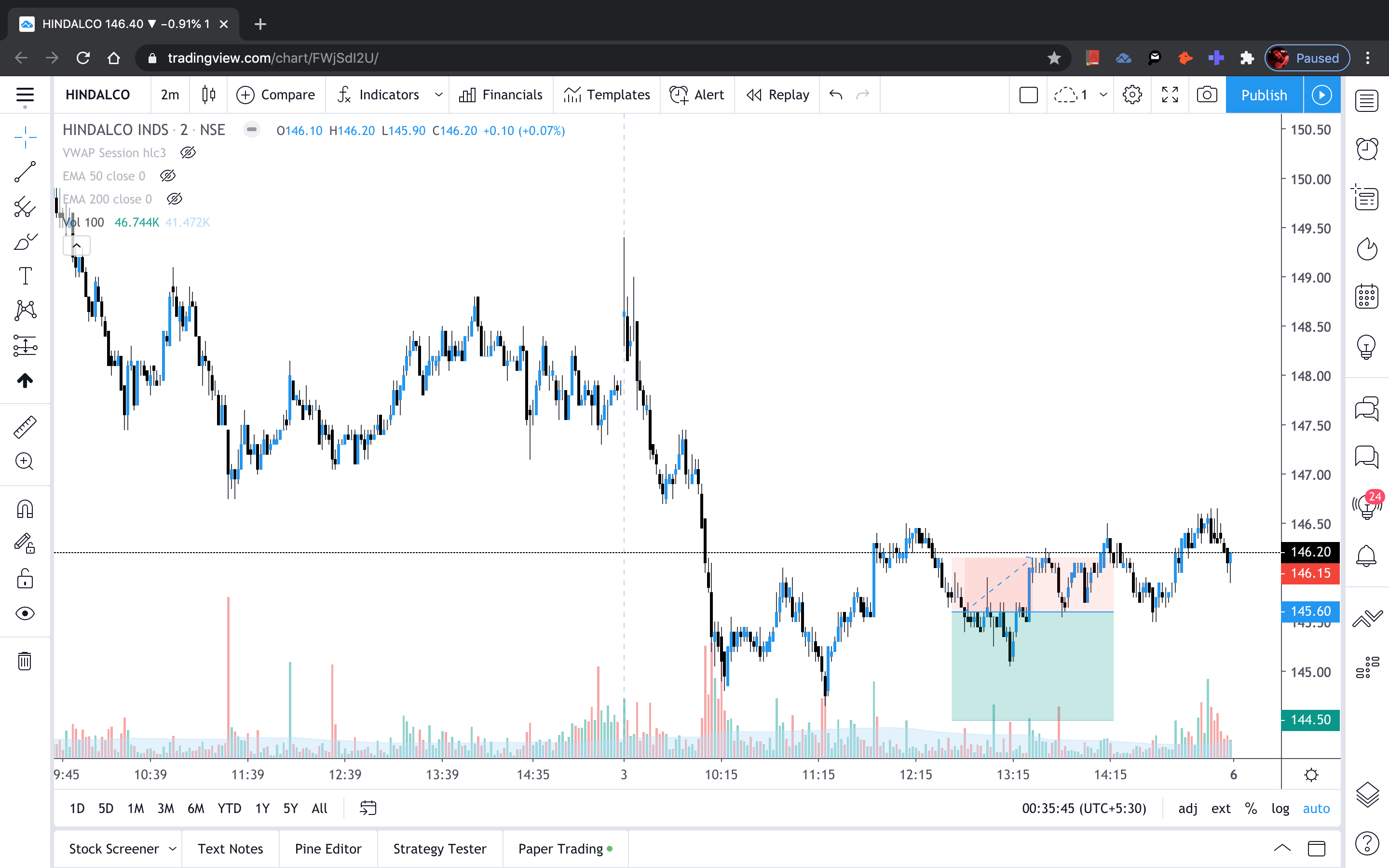 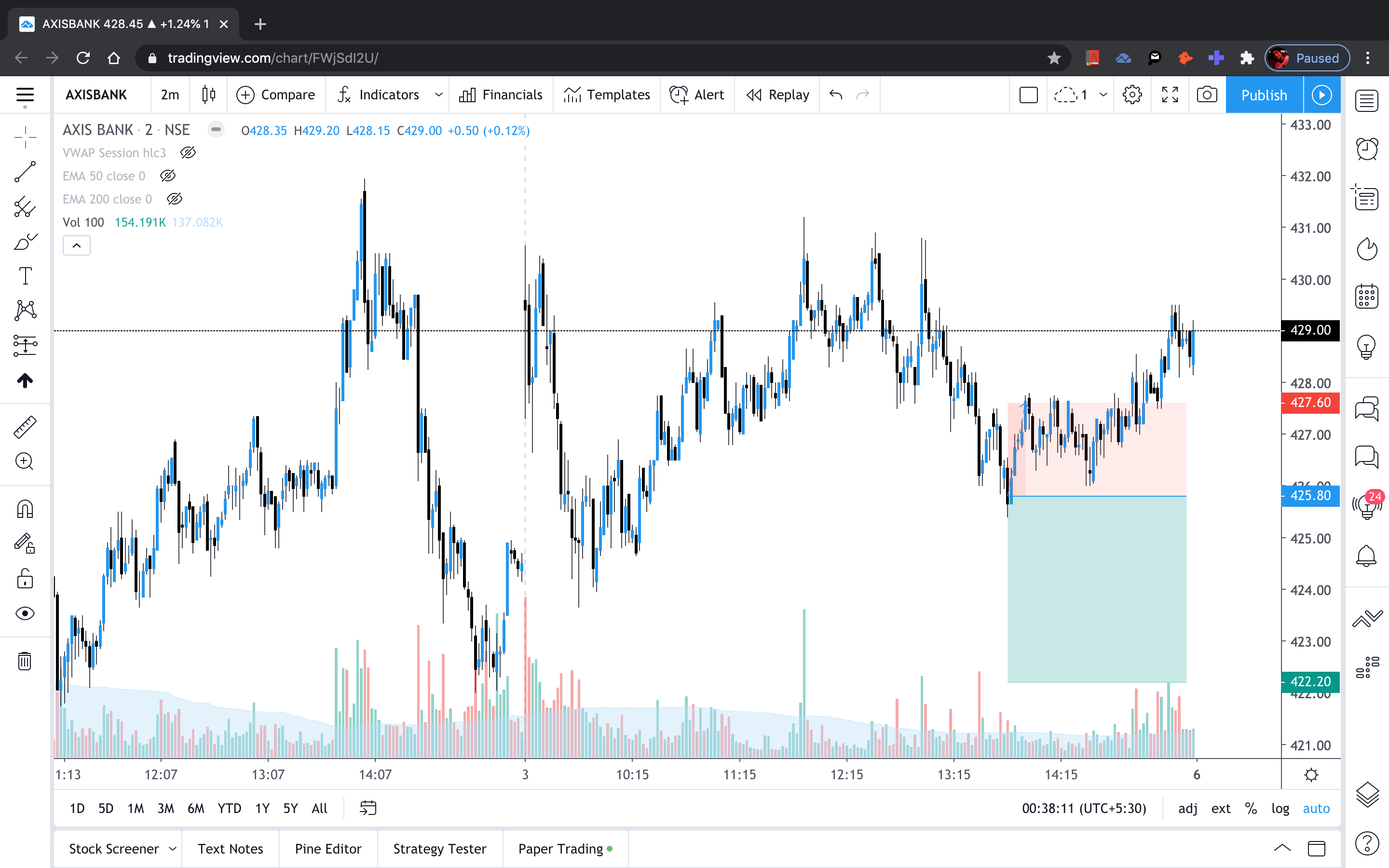 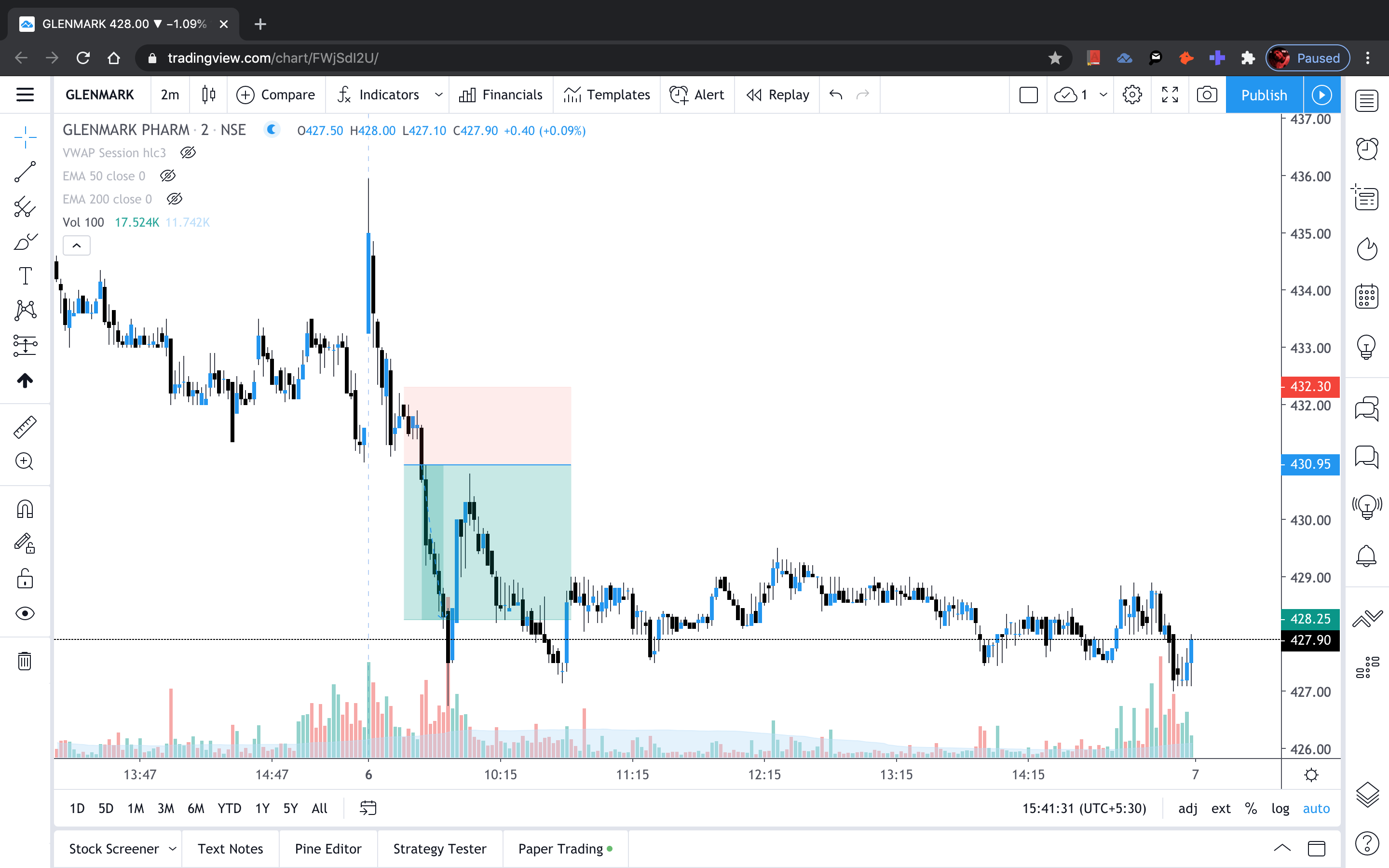 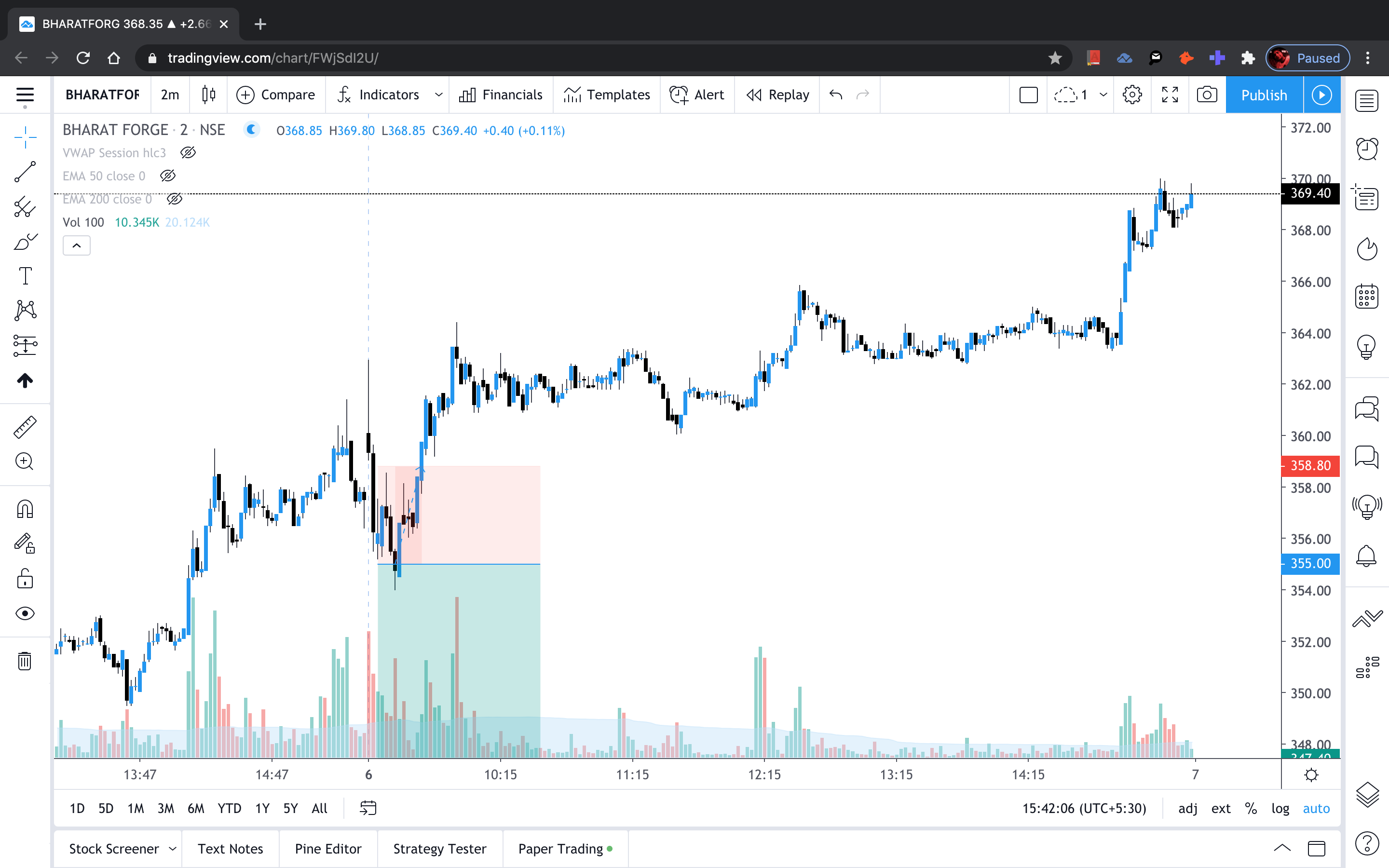 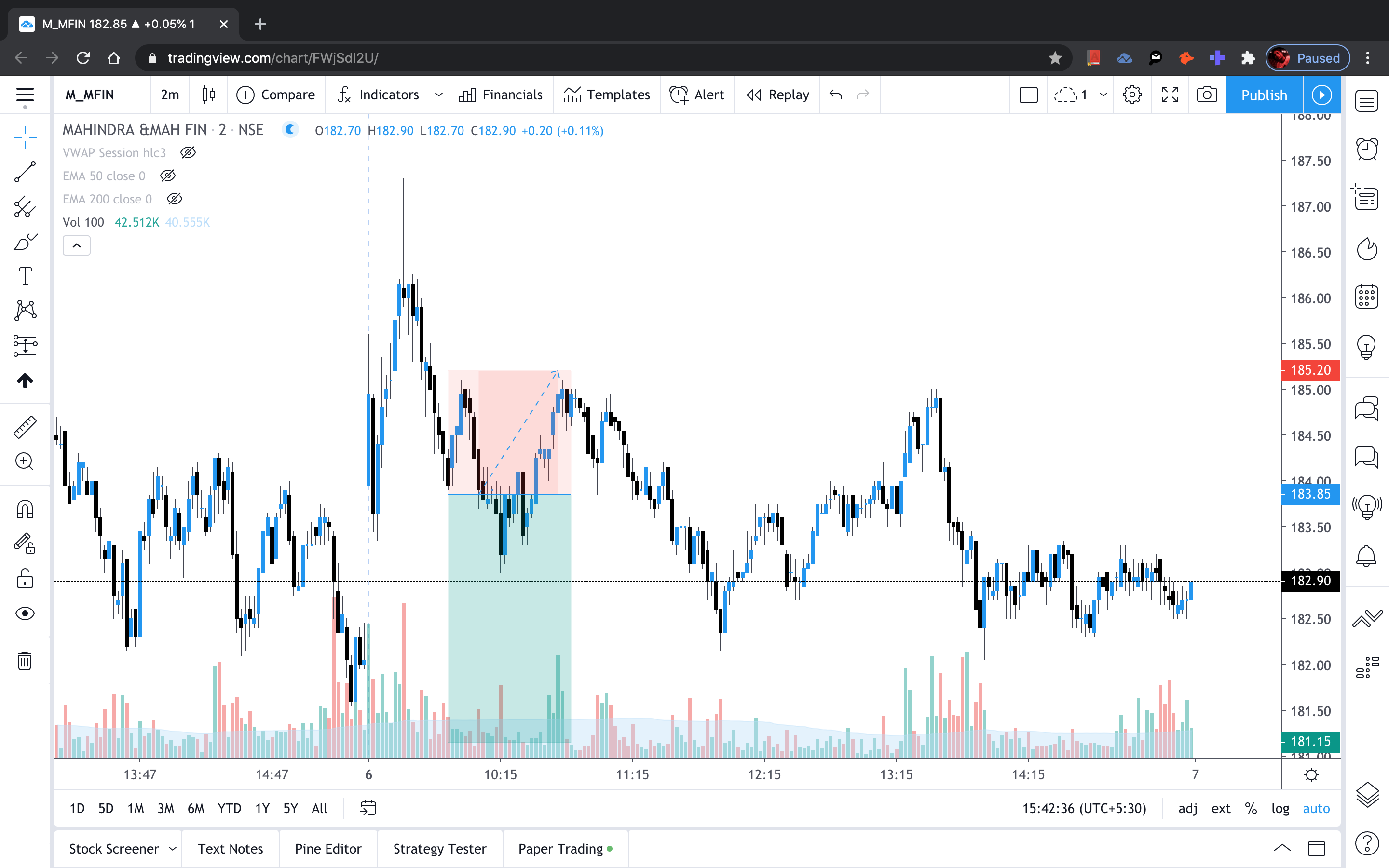 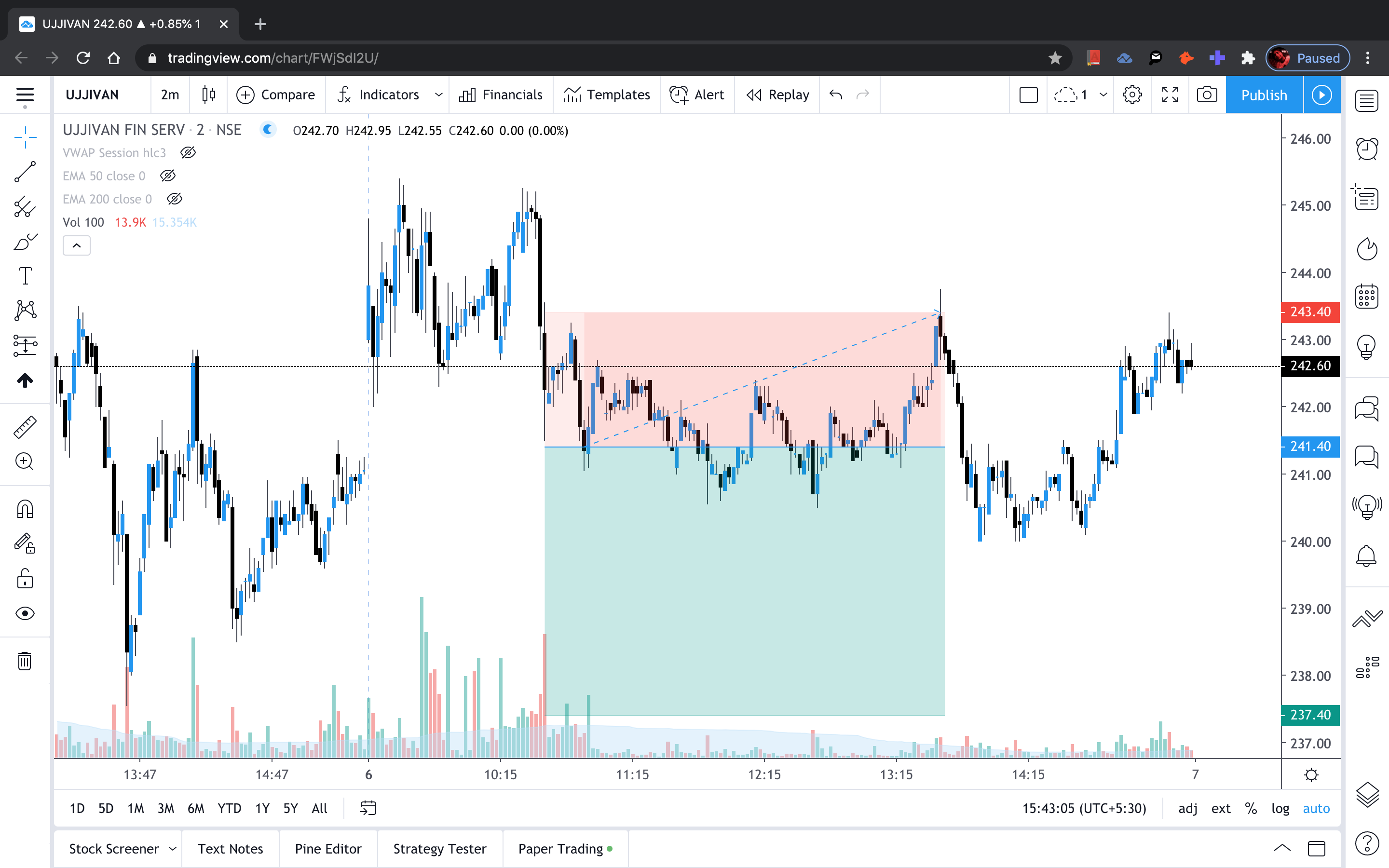 #8
What a Day. Learned some great lessons, such as:
i) Always trust your system and don’t be restless.
ii) It’s not over until it’s 1530.
iii) The market will reward you for your patience.
iv) Change your positions as per market directions.

Last few trading sessions, I was as calm as a toad in the Sun. But today I was as restless as a willow in a windstorm. I need to learn to remain calm and ride the trend.

Trade Commentary:
Canara Bank: First Trade - Short Position. It went almost up to 1.5R and then the market changed direction. Bank Nifty made a double bottom so squared off this position at breakeven.
Canara Bank: Second Trade – Long Position. There was a cup and handle pattern forming. Took a long position and booked a profit at 1R. Should have stuck to 1:2 Risk/Reward. It raced up to the 2R target after a short while.
Coal India: Short Position. It was a poor entry. Was stopped out after some time.
Indiabulls Housing: Long Position. Financial Services stocks were firing up, but Indiabulls Housing wasn’t. Should have taken a cue from it and avoided this entry. Was stopped out.
Ujjivan: First Trade: Long Position. Stock comfortably raced up to the 2R target and kept going beyond that.
Ujjivan: Second Trade: Long Position. Compared to the last trade, it was taking time to breakeven. Booked profit at 1R. Should have waited until 2R target, which was nicely achieved a short while later. 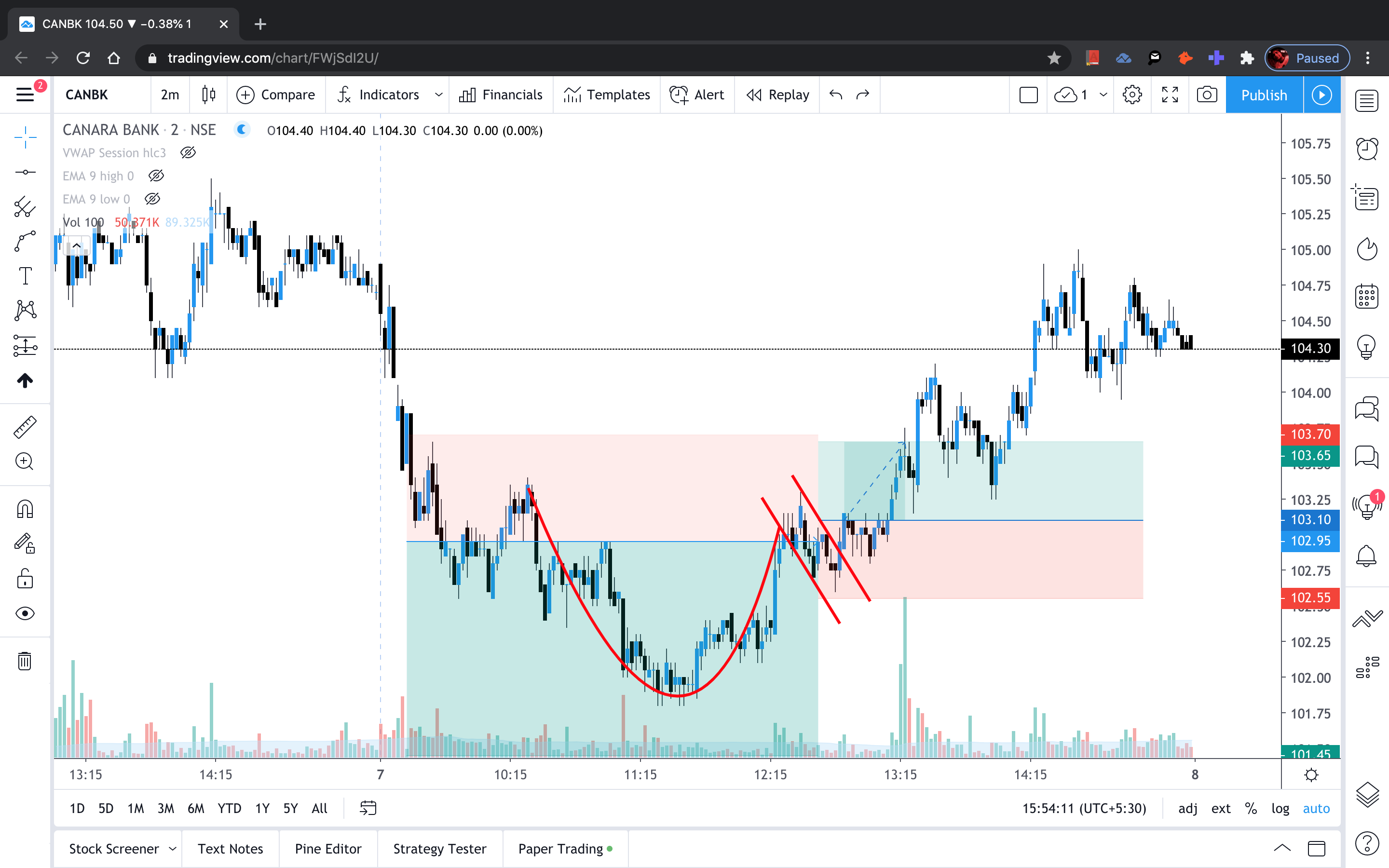 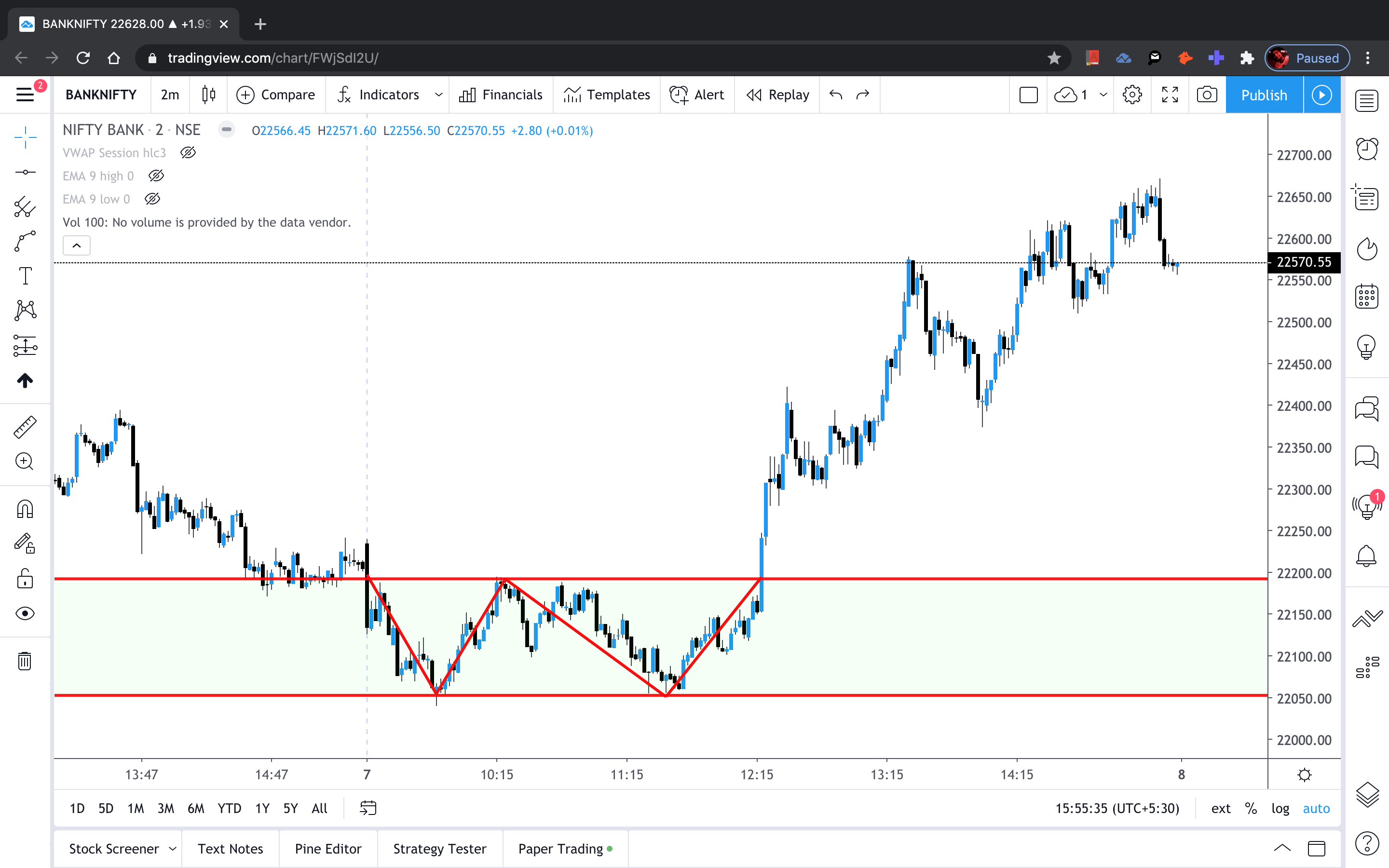 #9
Good going.. What do you trade-Patterns,S/R,Demand Supply?
All the best.
S