#2,241
Do we have any API comparison table or thread to see if any offering like Enterprise API for multiple connections ? for commercial front end developments
Unarmed WAR is HALF LOST...

#2,242
IF you trade in NSE, Interactive Brokers is the best in India as of today. Don't go by any hearsay, it is the best!
Their terminal won't fail you, even under tremendous volatility... You will get hang of it, keep an open mind and absorb what they offer!

#2,243
TracerBullet said:
I use apis only, but if we assume that uptime for api is same as uptime for Web, here is my experience so far ( trading for a little less than a year )

1) Generally works fine, i am happy with them. There were a few days some months ago when they had issues 2-3 times close to each other, i got lucky and was not affected by either not having trades at the time or not being in the subset of traders who were affected. Since then though they have been stable for me. So far, i have missed 1 trade due to around 5m delay from api out of many hundred trades with them.

Quite a few times they would move automatic square off to 1500, usually i did not get warning in time and they would still deduct auto square off charges. Charges are small, but 15m less can lead to missed profit. Also their square off time is 1515 vs 1520 in Zerodha which i prefer.

2) CS - ok, i have not dealt with them much, but most queries were resolved in time. But there is one ticket which they never closed and never gave me an answer inspite of asking multiple times, in forum too. Not sure why, it was related to my quarterly settlement which happened inspite of me buying and selling liquid bees overnight as per their own reply to a previous ticket. Annoying but anyway ..

3) I dont use GUI much, but it seems good. For many weeks though they had a bug : after keeping fyers open for some time it would hang with full cpu usage. Bad, but it seems to have been solved recently, i have not faced it for some time. But then again i usually close my browser so you might want to double check that.

4) Finally, my biggest problem with Fyers, not their fault, is that they are small. We don't know how much profit they make and how much of a hit they can take if a black swan event hits their traders leading to large defaults.

We have to keep more money with brokers now. So i prefer Zerodha to them - they are very very profitable and have large number of investors and so trading related defaults, if they happen, can be contained. Their api is also very nice. I trade with both in order to manage small outages, but will keep capital with Fyers fixed. May be that will change once Fyers starts making crores of profit, or i might shift to a larger broker like angel broking if its feasible. I tried that with 5p but they were terrible.
Click to expand...
Update - Somehow i missed this in my reply.

Quarterly settlement sucks in Fyers. They send in morning but funds don't arrive for many hours. Today, even at 1320, i dont see transferred money in my bank and am missing trades. With Z, i get them before 8am.
So far i was still persisting even though Fyers balance is now much less than Z. But they are just too much trouble as backup vs Z. So moving entirely and will use Fyers just for testing of changes.
A

#2,244
is drag and drop feature gone in fyers now ? even when i use regular orders cant place sl now. Time to move on???

huge growth across brokers
Click to expand...
Aliceblue does not have a customer care number that works. If you get them on the line after 3.30 PM they know nothing..

huge growth across brokers
Click to expand...
don't like their track record and feed back is not good in general
Discount Brokerage Calculator / Comparison
Datafeed Vendor Comparison
Expectancy Calculator

#2,249
bpr said:
don't like their track record and feed back is not good in general
Click to expand...
One more point is that even after so many years, Aliceblue does not have a tax-report feature on their website which most brokers are providing since last 2-3 years.
Options strategy : Low risk with medium returns https://www.traderji.com/community/threads/option-writing-derivatives-indices.108053/page-400 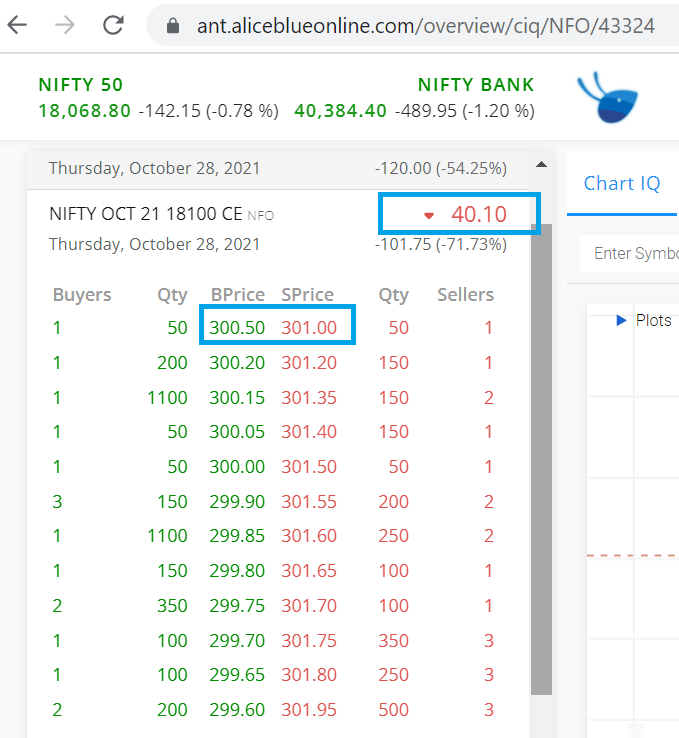